GEOGRAPHY SCHOOL IN THE MIRROR OF YOUR SOCIAL REPRESENTATION | Didáctica Geográfica 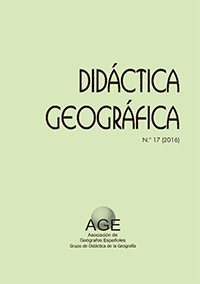 In the sixties and seventies of the twentieth century there was an important debate on the explanation of the facts and social phenomena. Since geography and other social sciences the explanation of human behaviour in relation to the memory of the past, social relations, spatial assessment or social representation of the school system was sought. Our goal is to show the obstacles that appear in academic circles as a reference for the construction of an educational public space where geography can manifest their powers to facilitate useful learning the knowledge of the local environment in its global context.